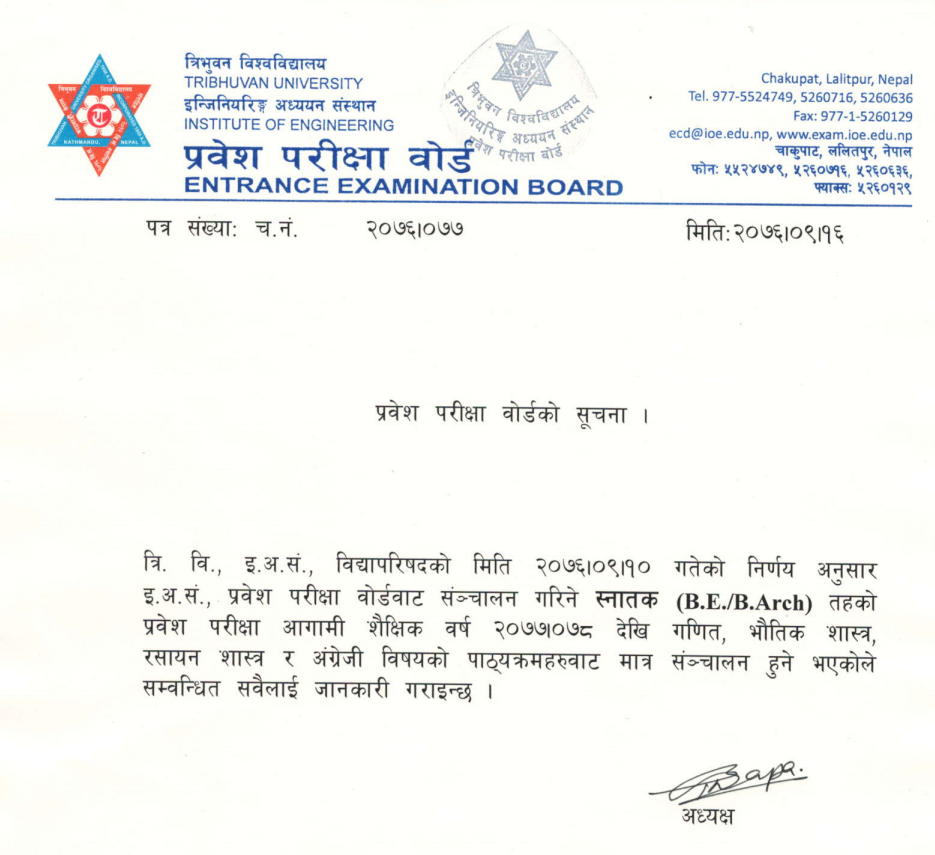 Read: Complete Information on IOE Entrance Exam for BE, B.Arch

Marking scheme according to updated Syllabus(2077/78) of IOE Entrance Exam for Computer Based Test:

The full marks of IOE Entrance Exam is 140 and the test will complete in ? hours. There will be 10% negative marking for wrong answer. While attending the entrance exam, every candidate should have Admit Card along with Identity card which could be citizenship certificate, passport or driving license. Also, student should carry original copy of bank voucher which was obtained after paying fee NRs 2000 at corresponding bank for the IOE entrance exam.

Comprehension of reading passages on a variety of topics and style with special references to (i) General English and (ii) Technical English.

Set and relations, Functions and graphs, Algebraic, Trigonometric, Exponential, Logarithmic and hyperbolic functions and their inverses.

Limit and continuity of functions, Derivatives and application of derivative – Tangent and normal, Rate of change, differentials dy and actual change Dy. Maxima and Minima of a function.; Antiderivatives (Integrations): rules of Integration, Standard Integrals, Definite integral as the limit of a sum. Application to areas under a curve and area between two curves.